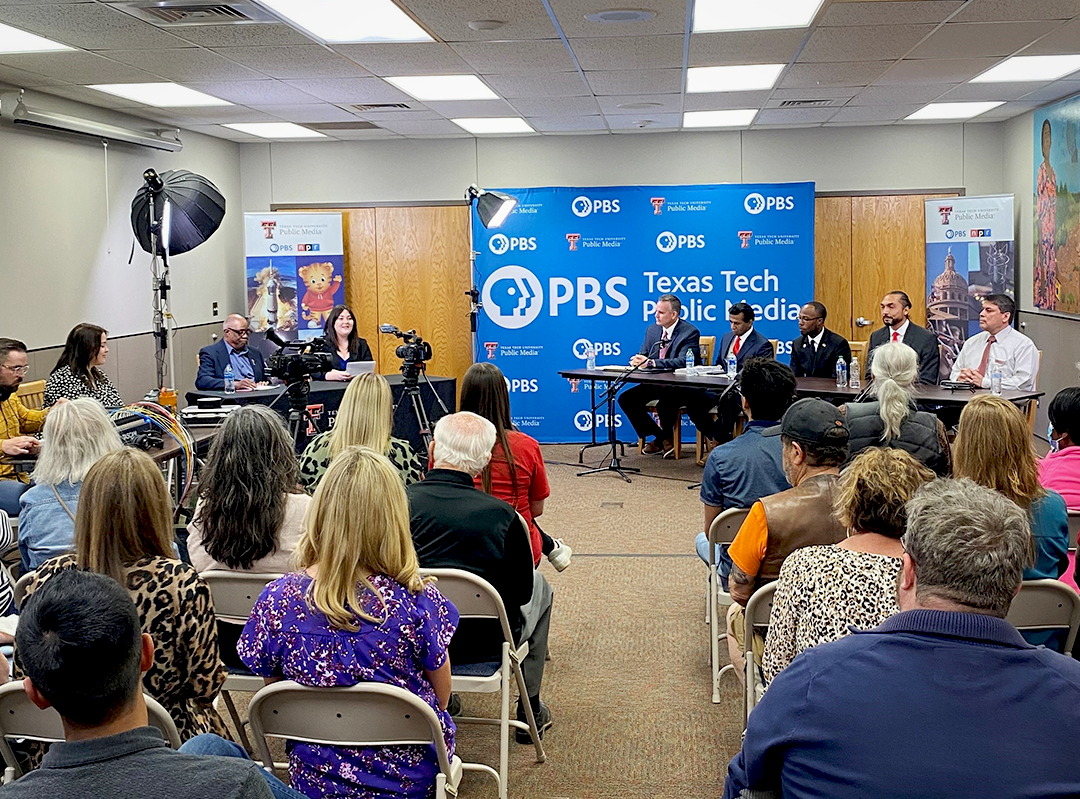 Texas Tech Public Media and the Lubbock Chapter of the NAACP hosted the "West Texas Town Hall: Lubbock Mayoral Forum" on April 14 at the Patterson Branch Library. During the event, all five candidates answered questions that highlighted their character and their plans for the city should they be elected. Many of the questions were selected from citizen submissions.

This was the first forum in which all five candidates participated. They are: Tray Payne, Gulrez "Gus" Khan, Stephen Sanders, Adam Hernandez and Epifanio "Major" Garza. The event was moderated by Texas Tech Public Media's Sarah Self-Walbrick and the NAACP's Milton Lee.

Early voting for the Lubbock municipal election starts April 25 and goes through May 3. Election Day is May 7.

watch answers from each of the candidates, in the order they will appear on the ballot.